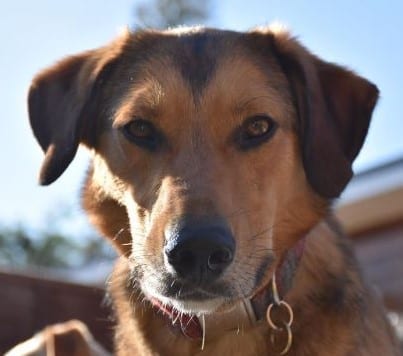 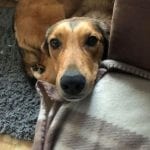 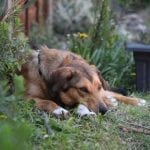 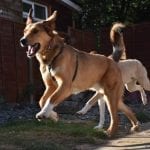 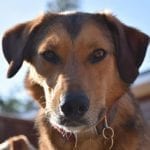 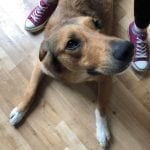 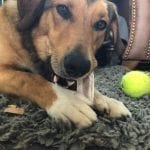 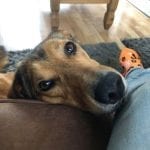 Austin is a lovely friendly boy who has sadly spent much of his life in kennels.  He is currently living in a home and getting used to all that entails, but he will need someone willing to spend time training him and giving him confidence.  He would benefit from another dog in the house who is calm and confident but will be willing to play.  Probably best a female companion.

Here is what his foster home say about him…

Austin is such a loveable, dopey dog who loves nothing more than to have a good play and zoomies. He is soft and snuggly, when he is comfortable he will lap up all the fuss and attention. He is also a food-hoover and you can persuade him and train him with most treats (his super ultimate treat is cheese!). He is very sweet and so so handsome.  Since being in a house and not a kennel he has developed a love for his snuggly bed and having the freedom to explore all the smells of the garden. Austin enjoys smelling everything, so expect all personal space to be invaded with his little nose!

He is toilet trained, has done amazingly meeting the few visitors he has had during lockdown (after a couple of treats are given he loves whoever it is) and when he’s met other dogs out on walks he’s gone straight into a play bow because he’s such a sociable fella!  He super wolfs down his meals, so now he enjoys eating his breakfast and dinner out of his kong.  He’s really good at putting on his harness, he’s had a lot of practice during lockdown!

We’ve put together a list of the things he likes and does so that you can feel like you know him and love him as much as we do.

– Tug of war with rope toys (and blankets!)

– Space to stretch out and sleep

– Someone to play with and have zoomies

– A comfy secure bed to sleep in

Things That Austin Does

– Will EAT and SWALLOW anything (cardboard, socks, rope toys, rocks)

– Will curl up in a little circle ball in his bed

– Will tilt his head if he is confused

– Startles himself with his tooty air-puffs

– Has a little tiny blep tongue when he sleeps

– Being coaxed or pressured into doing things he’s scared of

– Anything falling on the floor near him

If you think you could offer Austin the loving home he deserves, please fill out an application form for him.